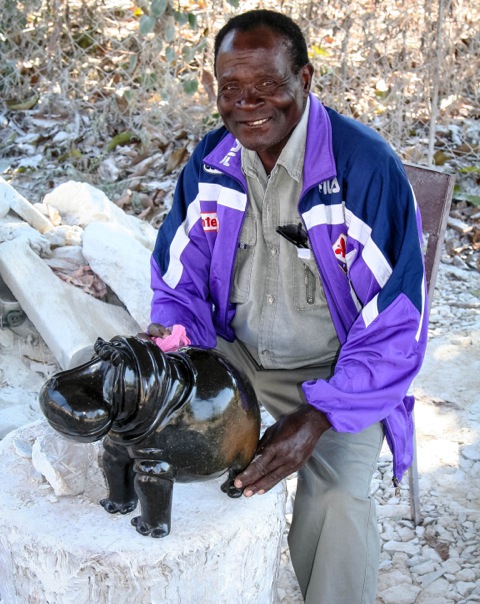 Shadu was born in Rusape, 150 kilometers East of the capital Harare in 1948. He was totally deaf and his early years were very difficult because there were no facilities for assisting or educating someone in this situation. He was raised in a family of seven children which did not help matters, and he learned a rudimentary form of sign language which he uses to communicate with those close to him.

When he was fifteen he became interested in sculpting because his father was an artist. It soon became apparent that he had a great talent and it did not require him to speak or hear to do it. By the age of twenty two he was ready to move to Harare and become a commerical artist. Since that time he has become one of Zimbabwe’s leading animal sculptors.

Truely an example of turning adversity into success, Shadu has proved that much can be achieved through persistance and developing one’s unique strengths. His work now adorns collectors houses worldwide.

“His hippos have an almost comical and idiosyncratic look that is very appealing.”