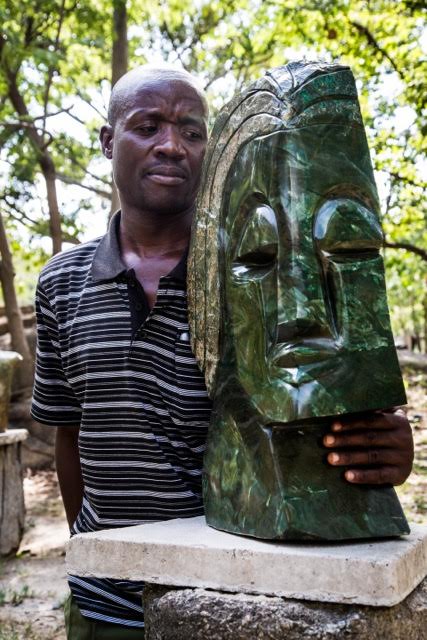 Benjamin was born in 1970 in Murewa. His early ambition was to become a preacher, but his younger brother Royal – an acknowledged Zimbabwean sculptor – inspired him to invest these emotional energies in sculpting. He started sculpting in 1996, at Gavazi Art Centre in Mvurwi. In 2002 he moved to Chapungu Sculpture Park where he is working now.

Benjamin works in Springstone and Verdite. He gives these materials life by using different textures and polishing techniques. He is mainly acknowledged for his ability to express human emotions – desperation, sadness, joy, togetherness and grief. He has created small and medium sized works and also ventured into larger pieces, often depicting aspects of his own culture. Talented Katiyo is a very determined, hard working and enthusiastic artist.

“As long as it is day, I will continue sculpting.” – Benjamin Katiyo