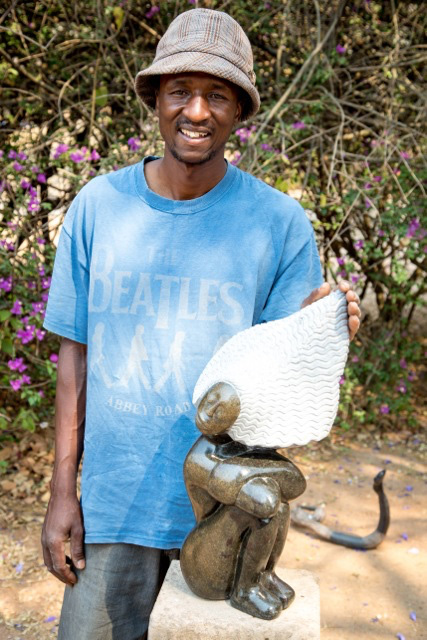 Brighton Layson was born on 2 October 1981 in Harare, Zimbabwe. He is the fifth born in a family of seven.

In 1999 he worked with his brother Aaron Layson as his assistant in sculpting at Gwindingwi Sculptors.
In 2000 he partly left sculpting and worked as a fitter machinist. During his time in Engineering, he began making sculpting tools and became a great supplier of sculpting tools in the Art industry.
In 2010, after the closure of the company he was working for, he found his way fully in the field of art. With other sculptors they formed the Tafara Mabvuku Art Association ( TAMAA ). Brighton sells some of his work at The National Gallery of Zimbabwe.
In 2014 he was invited to join Dominic Studio, where he is now working with the likes of Dominic Benhura, Eddie Masaya, Fabian Madamombe, Stanford Derere and many more.

His work has found its way to Canada, Germany, US, Netherlands, UK and Belgium.