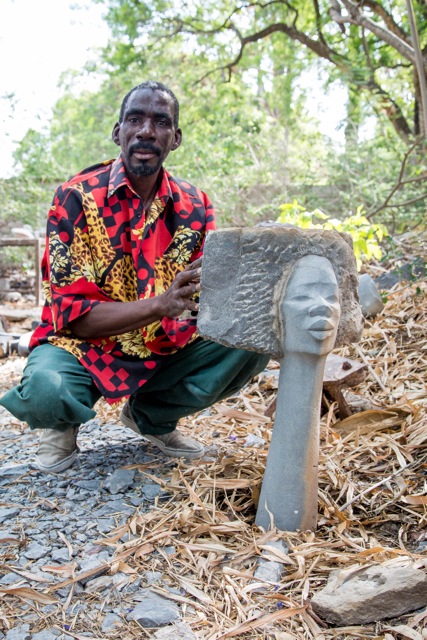 Garison was born in 1964 in Mazoe, a small town north of Zimbabwe`s capital Harare. At school he enjoyed painting and drawing. He is related to the well known sculptor Tapfuma Gutsa and it was Tapfuma that introduced him to Stone Sculpture.

Garison began a two year informal apprenticeship with Tapfuma in 1986. He started off learning the basics of sanding and polishing sculptures in the final stages and then was given the chance to work on his own sculptures. In 1987 he was asked to join Chapungu Sculpture Village as a resident artist and he remained there until 1991. In that time he developed and grew as an artist and his sculpture showed a stong bias towards female heads and torsos.

Garison is now recognized as an established artist with exhibitions in the UK, Germany and Switzerland.