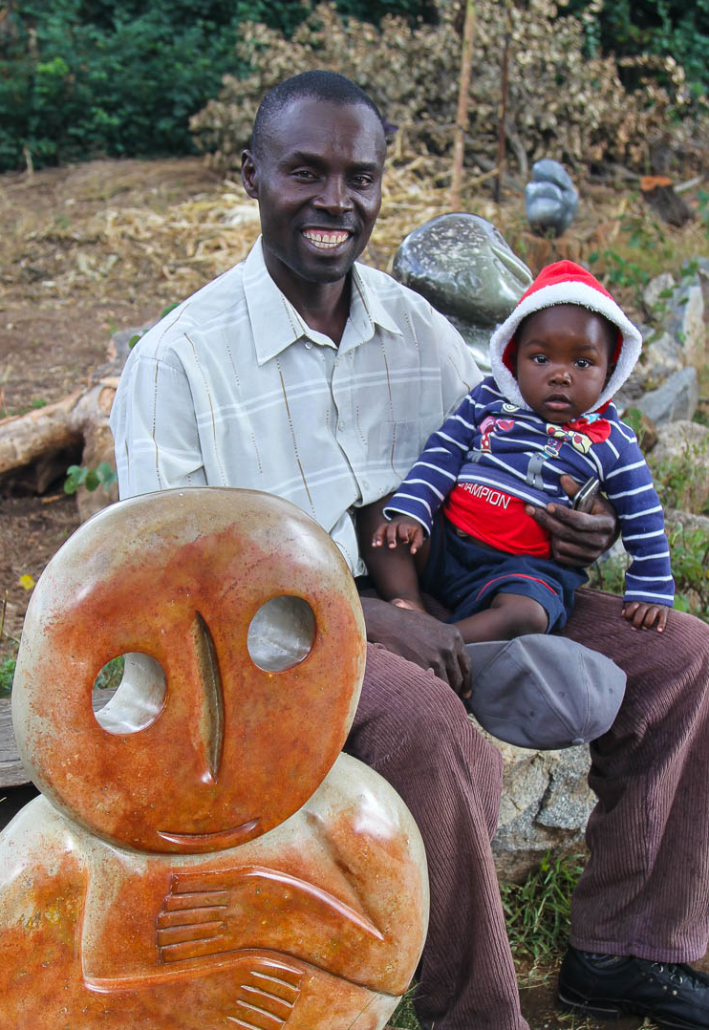 Fredy was born in 1962. He comes from Zvimba and attended school in Mashonaland West. In 1979 he started to sculpt. It was his father, the late and well respected Joram Mariga, who encouraged and nurtured his son. Joram recognized Fredy’s ability and love of sculpting and taught him all he knew.

Fredy’s aim is to follow in his father’s footsteps and become as well known and respected as he was. His work displays the traditional Mariga trademarks of wide expressive faces with small limbs and his medium is usually very hard stones like granite or leopard stone from Nyanga. His work has been sold and displayed in South Africa, France, Belgium and Switzerland.