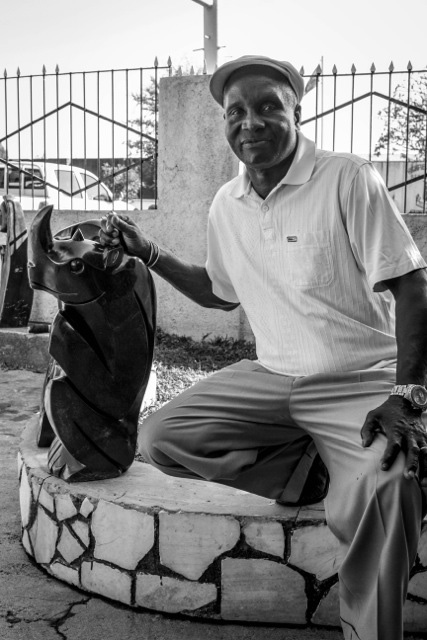 A member of the Shona tribe, Richard was born in Harare in 1947. His elder brother Boira was one of the first Zimbabwean sculptors whose work astounded the international art world when it first emerged in 1957.As a sculptor, Richard is now even more productive and successful than his brother was. In October 1982 one of his works was given to the Nigerian president on a state visit to the country. Many other distinguished visitors and art collectors have acquired his work and he is one of Zimbabwe’s most successful artists.

“Richard’s work is very popular because he has a natural easy style, creating gentle forms that are peaceful and calming. His sculptures are created with beautiful, clean lines and his subject matter is usually gently spiritual, depicting the African man or woman and animals. “