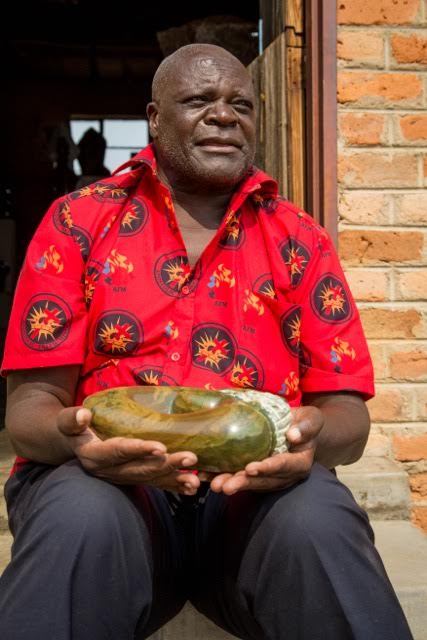 Lazarus Takawira was born in 1952 in the town of Nyanga in the Eastern Highlands of Zimbabwe. The youngest of four boys, he attended St. Paul’s Secondary School near Nyanga. After leaving school he joined the Police Force and received his training at Tomlison depot in Harare. He finished his training in 1970 and stayed with the Police Force until 1980.

By the time Lazarus joined the Police force his brothers John and Bernard Takawira were already beginning to establish themselves as prominent sculptors both locally and internationally. During his career with the Police Force, Lazarus did a lot of sculpting in his spare time and his sculptures were exhibited in a number of exhibitions.

By 1980 his work had gained sufficient acclaim to warrant his making the decision to take up sculpting full time. His early work showed a definite influence by his brothers but as time went on his individuality began to come to the fore. His work is no longer in the shadow of his famous brothers. It runs parallel in quality, strength and originality. Powerful figures in transformation are the hallmark of his work.

“Lazarus’ sculptures are anecdotal and often describe his love of women, particularly his wife Cecilia.”